The Porter
2022
CBC
1 Season
1 Episode
Set in the 1920s and inspired by real events, the series follows the true story of railway workers from both Canada and the United States joining together in the fight to give birth to the world's first Black union
10
(2 votes)

The Porter is a Canadian television drama series, slated to premiere on CBC Television in 2022.[1] The series will depict the history of Black Canadian and African-American men who worked as Pullman porters in the period following World War I, leading to the 1925 creation of the Brotherhood of Sleeping Car Porters as the first Black-led labour union. (Source: wikipedia.org)

If change isn't coming for them, they will come for change.

Inspired by real events, The Porter follows an ensemble of characters who hustle, dream, cross borders and pursue their ambitions in the fight for liberation — on and off the railways that crossed North America. pic.twitter.com/Qbj6ResARM

Receive an automatic reminder one day before The Porter Season 1 premieres. 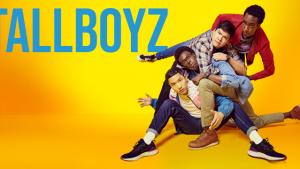 TallBoyz
CBC is yet to renew TallBoyz for Season 4