Finally, discovery+ and Travel Channel will not take a calming breath, because the thrills will continue throughout 2022-2023 with more returning fan favorites. Former NYPD homicide detective Steve DiSchiavi and physical medium Amy Allan are back on the paranormal case in a new season of THE DEAD FILES. (Source: press.discoveryplus.com) 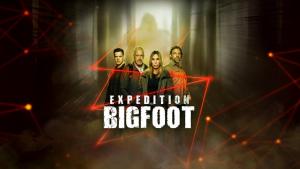 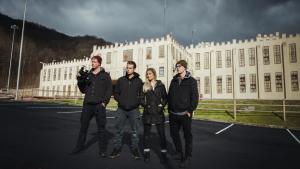 Reply
0 3 costley151940  February 23, 2022
Feb 26, 2022 9-10pm Season Season 14 Episode 7
Reply
0 9 Stacey V  October 10, 2021
Yay!!! I’m SO happy that there is a new season! I e been patiently waiting,..definitely my favorite show!!
Reply
0 9 shellykelly  October 2, 2021
I'm a big fan of Dead Files and a long-time follower of Amy Allan.
How does Amazon Prime offer Dead Files Seasons 14 - 17 (at an additional cost of $2.99 per episode or $24.99 for one season) and Discovery+ only has up to Season 13? Discovery has announced that Season 14 is coming out on October 21st, but would like to know why we're paying for this specific channel that's supposed to be the primary network when they're behind on showing these other seasons... this is disappointing and frustrating.
Reply
0 2 Heather Little shellykelly  October 2, 2021
It says that on October 23 it will premier that is a Sa[censored]ay

Reply
0 3 K Seitz  September 11, 2021
Big fan of Dead Files. I have Discovery Plus, I love to watch old seasons ( very bingable!)
I recently had to PURCHASE season 13 in order to watch it. I'm still a bitfried about that, but now am noticing that this is happening all over streaming services. I call BS on that!
Watching Amy has helped me come to terms with the death of my father last November. I'll always be a fan.
Reply
0 5 SQ K Seitz  October 2, 2021
Hi, I have been able to watch season 13 on discovery plus.
Reply
1 2 Barb Newton K Seitz  October 4, 2021
I stream Discovery+ and have no problems with watching all 13 Seasons....and no cut-off endings. It seems that some carriers have cut early seasons into smaller groups, then calling them by different season numbers. If you access Discovery+ via Amazon or some Cable companies, you may see this.
Reply
0 0 K Seitz Barb Newton  October 5, 2021
I think that may be exactly what happened. I recently bought a Amazon TV. Alexa loaded. Comcast doesn’t carry Discover+, I just assumed. A clear case of “buyer beware”.
Thank you! ( don’t you hate it when the ending is cut?)
Reply
Show 1 more replies
1 21 Margaret Paterson  August 21, 2021
I agree ghost adventures should be renamed to the Zak show. Its passed its sell by date.
Love the Dead Files, Ghost Brother's. Please more shows now
Reply
1 3 Stephanie Hinson Margaret Paterson  September 10, 2021
The Dead Files will be back soon. On Twitter Amy talk's about how they just got done filming for season 14 so hopefully real soon we will have our favorite show back on! Ghost Adventures has already started their new season 25 I think we are on the 6th episode. You have to buy & download Discovery+ to watch them:( I have to see my paranormal shows that's all I watch so I happily pay the $7.99 a month for Discocery+!
Reply
0 10 Pamela J Justice Margaret Paterson  September 11, 2021
Remove Ghost Adventures!!!!! It is a shame!!!! Put Zak on a pretty boy show that is all he is about!!!

all of the cable network should have The Dead files.. I pray these two come out and make some new shows.. it's my favorite I love both of them in the way they work together and it's just the most interesting ghost show there is.. some of these ghost shows they have out nowadays are just corny.
Reply
0 7 Candice  August 7, 2021

all of the cable network should have The Dead files.. I pray these two come out and make some new shows.. it's my favorite I love both of them in the way they work together and it's just the most interesting ghost show there is.. some of these ghost shows they have out nowadays are just corny.
Reply
0 7 Candice  August 7, 2021