Play to the Whistle
2015
ITV
3 Seasons
20 Episodes
A strange mix of a game show and a sports comedy, the program fails to impress the audience
7
(6 votes)

Play to the Whistle Will Not Get Series 4

UPDATED September 15, 2017: Just a few months after the most recent third series of the program finished airing, the ITV network has made a decision not to renew Play To The Whistle for Series 4. Despite the fact that typically panel shows do well for the network, and despite having Holly Willoughby as a host, the program simply failed to deliver satisfactory viewership numbers to secure another run. The network said, however, that the series might be back with special episodes in the future.

A sports-themed British comedy panel game show, Play to the Whistle has been broadcast on ITV since 2015. The program has just finished running its third installment, which premiered on February 28, 2017. It is produced by Hungry Bear Media, and executive produced by Dan Baldwin. Holly Willoughby serves as the host, and the two teams of contestants are led by actor and entertainer Bradley Walsh and pro football player Frank Lampard, with comedian Romesh Ranganathan appearing as a regular panelist on Lampard's team.

The series tests the teams' knowledge of sports-related trivia as well as physical games. The host is not quite as knowledgeable about sports as you might assume, which is actually a positive aspect in a sense, since the show is not targeting hardcore sports fans, rather, it's out to appeal to the whole family and provide light-hearted entertainment. Does it? Well, there's no consensus on that.

Declining ratings and prospects of renewal

Series 3 of Play to the Whistle was broadcast on the ITV channel from February 28, 2017 to April 4, 2017, with just 6 episodes. The program is not an amazing hit ratings-wise, nor is it garnering very impressive reviews. The first series aired to an audience of under 2.5 million viewers, while the second series has had a surprising upsurge of viewership for the premiere episode, which was seen by 2.71 million viewers. The average viewership of Series 3 has been around 1.6 million, which is a significant decline and puts the future of the show in jeopardy. Play to the Whistle is a strange mix of genres, and it's difficult for a program to be successful when it attempts to appeal to too many segments of the audience and fails to make become particularly interesting to anyone.

Receive automatic notifications when Play to the Whistle Series 4 is renewed. 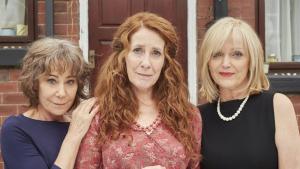 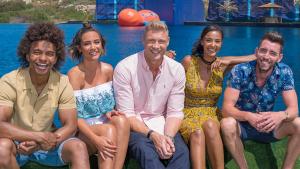