The upcoming sequel to the Downton Abbey movie finally has an official title and poster, while the first footage from the film has been screened for attendees at CinemaCon.

Plot details for the film are scarce at the time of writing, but a brief teaser that is yet to be released online hinted towards a wedding set to take place imminently, stopping short of revealing the bride and groom.

That is likely to be the reason why Downton Abbey: A New Era has been hit with a delay, moving approximately three months from its original release date this Christmas to Friday 18th March 2022.

The news was confirmed on Downton Abbey’s official Twitter page, along with a teaser poster showing off the newly announced title. See below. (Source: radiotimes.com)

A new era begins. The entire Downton cast is back for #DowntonAbbey: A New Era, with Hugh Dancy, Laura Haddock, Nathalie Baye and Dominic West joining. See the film only in theaters March 18, 2022. pic.twitter.com/7w42WOMTl0 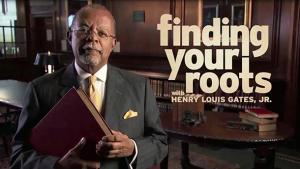 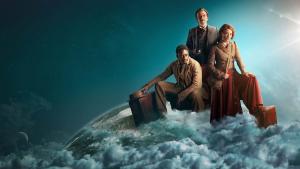 Collapsed Expanded
0 1 Moinen  November 25, 2018
Downton Abbey (film)
There is good news for Downton Abbey fans: "Downton Abbey is an upcoming British historical period drama film, written by Julian Fellowes and directed by Michael Engler. It is a continuation of the television series of the same name." Release day will be 13 September 2019 in Uk and 20 September in US.
Source: Wikipedia
Reply
0 1 Mashburn  September 4, 2017
Best show I have ever seen!!! Excellent actors and wonderful story!!! I bought series!! Please please bring the show bk...it's a wonderful period piece that makes ur heart smile!!!!!❤️
Reply
0 1 Alya  December 6, 2016
Just sad that it has ended :cry:
Reply
0 2 Ginny  October 29, 2016
I was sad that this wonderful show ended.
I Hope they will come up with another period show that is even better.
Reply
0 1 wanda balbac  October 22, 2016
Do we not even get an explanation! Canceled the best program on TV just like that. unreal!
Reply
0 2 jess.  October 6, 2016
I have never been more angry to read this. the ONLY reason itv (the original British channel for the show) lost it was because pbs threw a stupid amount of money to buy it only then to cancel it so everyone looses the show. how unfair
Reply
0 1 Lisa W  September 27, 2016
I do not understand why this beautiful series has ended and there will be no series 7. I do not feel it was all entirely concluded. Lady Edith got her happy ending. The marquis never married her. That was what I was hoping for to put Lady Mary in her place. I also thought it would have been nice for the relationship between Mrs Pattmore and Mr Mason to have developed a bit more. Very sad the series has come to an end.
Reply
1 1 Kellen MacCalder  September 6, 2016
The cancellation of this beautiful series is in my eyes an abomination to all who like the manner of the show and the stories it has to tell. This is just outrageous.
Reply
0 0 Brenda Carlton  September 5, 2016
I wonder WHY such a popular successful show was cancelled. too British? too conservative? too aristocratic?
Reply