Flipping Out Season 12 is yet to be announced by Bravo

Current Show Status
Flipping Out Season 12 — not renewed yet
Latest Episode Aired Tue 11/20/2018 The Final Flip Season 11: Episode 10
Next Episode Sorry, no dates yet for Flipping Out. The show is either on a break or the new season is yet to be scheduled. We’ll keep you posted. 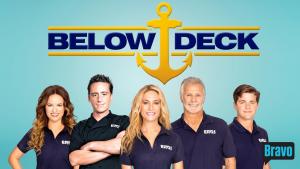 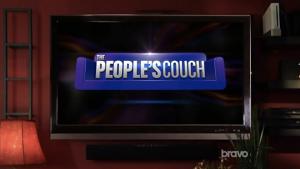 Collapsed Expanded
2 0 Not a fan  November 29, 2018
I don't think it should be renewed. Jenny was a fixture in the show. If it is ratings will drop.
Reply   Share
0 1 Pb Not a fan  June 21, 2019
Are you kidding me?!! She has no talent, and that nasaly whining is like nails on a chalkboard. They ought to put her in Guatanomo Bay...listening to her would be 100x more effective than waterboarding.
Reply   Share
0 1 Pat Watkins  November 19, 2018
I live in Australia, for the last few years have been watching Jeff & Gage. I want to see more. I want to see Gage have his son. He is a wonderful father I enjoy the realizume of the show. It is the only live show that I watch. All the others look & act fake. But Flipping out is a good down to earth show. I am a mother of 2 grandmother of 5 & look forward every year to Flipping our coming out on Arena. Sometimes we see reruns I never miss them. Jeff & Gage are very private with there lives & that of little beautiful Monroe. I applaud you both. For keeping the show great entertaining & informative. I could never buy the beautiful things on the show but love to watch the designs come together. Please keep going you’ve finished series 11 please keep going maybe to 20 you have a lot of loyal fans everywhere love & Best wishes to your little family Pat
Reply   Share
0 4 Sherrie from Kansas  March 21, 2018
Please renew Flipping it’s my favorite show Love Jeff Lewis and Gage can’t wait for the new season! Can’t wait to see Jeff in Kansas City at the Home show!!!!!!!!
Reply   Share
0 2 Margaret mossbarger Sherrie from Kansas  October 10, 2018
Please please keep flipping out on so enjoy
Reply   Share
0 3 sheila t  February 13, 2018
please bring flipping out for season2018.. I and my family love this show ..I can hardly wait until it happens..thankyou
Reply   Share
0 5 KellyAnne  January 25, 2018
If Bravo DOES NOT renew Flipping Out for season 11, they need to get a new "DECISION MAKER OF RENEWALS/CANCELLATIONS"! Although I have to admit that some shows you HAVE brought in has lowered your standards and reputation in the past 2-3 years. BRAVO USED TO BE THE SH*T! Now it's like you're DESPERATE or whoever is making the decisions of shows to accept/pass on, needs to be reconsidered or replaced. I'm a nobody, but, I AM A VIEWER. And without US you are, well,...OUT OF BUSINESS to be quite honest. So please change your staff for make better choices. I watch Bravo 70% less then I did 1-2 years ago. Just being an honest viewer. I could probably talk to a V.P at Bravo and double your ratings in 8-12 months. Please, on this one, don't be stupid. FLIPPING OUT SEASON 11 OR I AND ABOUT 27,000 OTHER VIEWERS WILL STOP WATCHING BRAVO ALL TOGETHER! If you e-mail me, I can also give you a few shows to cancel to raise your ratings!
Reply   Share
0 4 Derek g.  January 20, 2018

Love Jeff and gang. Need season 2018.
Reply   Share
0 6 Deez90  October 30, 2017
Flipping Out needs Season 11. This show is real!! These nonsense shows either are fighting, showing body parts etc etc. This show doesn't play the camera. The motivation to do better no matter what struggles there is working TOGETHER as a FAMILY you succeed
Reply   Share
0 7 Joanron64@gmail.com  October 28, 2017
Jo Smith October 28 2017. love the show.I stumbled across it when episode 9 was showing have been watching it since. Hope season 11 comes back soon. Would love to see Monroe growing up. What a gorgeous little girl.
Reply   Share
0 9 Caitlin young  October 22, 2017
Please Bravo bring back Flipping Out for season 11. The best reality show ever.
Reply   Share
0 9 Robin Maynard  October 20, 2017
I stumbled upon this show and was hooked. I did not watch anything else until I had seen all of the 10 seasons. Nothing else compares. I really need a season 11!!

Reply   Share
0 3 Jenthetraveler Robin Maynard  November 12, 2017
I agree! I’ve been watching since Season 1 and haven’t missed an episode in 10 years. I love this show! It’s the only reality TV show I watch
Reply   Share
0 1 Lora Jenthetraveler  February 7, 2018
I also have been watching since season 1...and will not miss an episode. Please bring them back. Love Jeff and Gage. Well and Baby. Of course.
Reply   Share
0 8 NIcole Andersen  April 22, 2017
THe BEST SHOW ON BRAVO- RENEW SEASON 10!!!
Reply   Share
0 7 Nicholelivesay  March 25, 2017
I hope flipping out is renewed I wish they'd just pay him what he wants, this show is worth it!!! Love the whole group!
Reply   Share
1 3 mel kelly  December 7, 2016
What a talented group of people! Despite a few cringe-worthy moments during some social interactions, it's obvious that these people are striving for excellence in their work. I really appreciate what they do.
Reply   Share
0 6 Dave Furgason  December 1, 2016
Flipping out with Jeff Lewis is the only reality show that i watch; it just has to be renewed; it's the only reason i watch bravo !!!
Reply   Share
0 2 Bonita  November 27, 2016
I loveeee this show!! But if Zoila is not back on the show, I won't watch it anymore! She made it really funny!
Reply   Share
0 2 son  November 23, 2016
Love...love this show need i say more?
Reply   Share
0 2 Cindyleone  October 25, 2016
Anxiously awaiting Season 10. The best reality show on any screen. This show covers real estate, remodel,design,gardens,indoor, outdoor decor, and an array of relationships: employees, clients, marriages, divorces, surrogates, gays, care of older relatives, ex-relationships to name a small piece of this remarkable show subjects.
Reply   Share
0 2 L  October 16, 2016
C'mon Bravo. Bring this show back. Watched it every week and know the characters. What are you thinking?!!!
Reply   Share
0 2 Melissa Gayle  October 11, 2016
I love this show!!!! This show shows true life not the BS that other reality shows have. Please renew for season 10. Can't wait to see the baby and how the guys handle the new addition
Reply   Share
0 1 Denisesusan  October 11, 2016
This is the only reality show I watch. I'm addicted, I love the people they are real and I would be really disappointed if they weren't back for another season.
Reply   Share
0 0 Dave Furgason  October 8, 2016
Flipping Out is the only reality show I watch; the show is fantastic; i use to watch it years ago when i lived in Dallas; lost contact when I moved to Arkansas; how can I get access to the early seasons, would love to catch catch up ??? Jeff is Fantastic, I love Jenny and Zola, Gage is just too nice, God Bless him!!!
Reply   Share
0 0 Pauline Schleger  September 30, 2016
How many episodes per year do they run? I seem to ge about 4 weeks and that's it.
Love the show, especially the very respectful relationship between Jeff and Gabe.
Reply   Share
0 2 Dick  August 14, 2016
This is one of the better non scripted shows on TV and which they would do a longer season of 10 to 12 shows to keep the fans interest until the next season. I am hoping for at lease one more season and wish Bravo would show replays of Interior Seasons 1 and 2 which aired a few seconds years back with Jeff and Jenny. Togather they are the real odd couple.
Reply   Share
0 0 April Hunt  July 6, 2016
The dynamic of Jeff & Jenny is one of the BEST twosomes on reality tv!! They fight -they make up!! They keep each other accountable!! They support & encourage each other!! Even with all the married couples on reality tv...I would still vote Jeff and Jenny as the 'real deal' (also a relationship that's lasted two decades now...hard to find that kind of devotion and commitment nowadays!) And hey!...they are hilarious together!! Don't think I've gone one episode of Flipping Out that I haven't literally "laughed out loud" at the tv screen :lol: (including the spinoff show they did together where they slept over & fixed up people's houses...for the life of me I can't remember the name...but that show also had me in stitches watching the two of them!)
Way to go BRAVO! (better yet, bravo BRAVO! LOL)
Reply   Share
0 0 Carrie April Hunt  July 13, 2016
Couldn't agree with you more! By the way the spinoff show was called in Interior therapy.
Reply   Share
0 0 Helen  July 2, 2016
I am so happy this show is back. I love Jeff and his crew, including his partner . They are all a great fit. Zola is so good to Him and visa versa, nice to see. Jenny is hilarious and the other I like the two women designers as well I like that they are playing a bigger part. My favorite bravo show!!!
Reply   Share