Married To Medicine
2013
Bravo
8 Seasons
137 Episodes
Produced by FremantleMedia and Purveyors of Pop, Married to Medicine is an American reality television series that follows the lives of socialite women of Atlanta, who either work as doctors or are married to doctors.
8.4
(41 votes)

Paging Married to Medicine fans! The series will return for Season 9, Bravo announced on Thursday, May 12.

Married to Medicine, which first premiered in 2013, follows a group of women in Atlanta's elite medical community, including the ups and downs in their careers, friendships, and marriages. Season 8 previously ended with a three-part reunion in July 2021. (Source: bravotv.com) 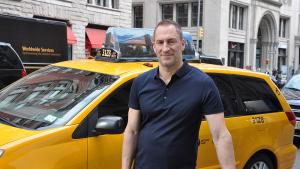 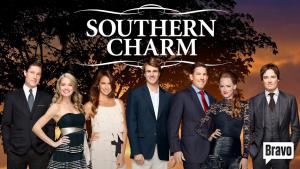 Collapsed Expanded
1 5 Debbie Jackson  June 1, 2021
Take away the title and lavish lifestyle, Heavenly is a ghetto rat. Her behavior is familiar to the housing project girls that used to beat up other girls who did not come from the projects. Quite frankly, I can't see how she was able to hook a laid-back not so bad looking husband like Damon. Her behavior is atrocious and the sound of her voice is comparable to fingernails on a chalkboard. She defines her self-worth by keeping a man as exhibited with her comment to Lisa Nicole about not being able to keep a man. Sorry Heavenly, that your restrictive upbringing brought forth such a class-less example of a what a professional person ought not to be.
Reply
0 2 Judy Modeen  March 5, 2021
Married to Medicine and Housewives of Dallas are my favorite reality shows. Toya is my favorite and so is her husband Eugene. Both are so down to earth and have a wonderful family. Toya tells it like it is and sticks up for what is right. I would like to know besides working out what she did to loose weight. i saw pictures and she looks great.
Reply
0 5 narachi  May 16, 2019
I love the show and I love Mariah most,but I feel you guys just don't understand her and that's not good friendship
Reply
0 0 Carolyn Doucette  April 12, 2019
I loved Married to medicine it is one show I looked see every week.I enjoyed all the women in the show most of all Jackie .
Reply
0 2 Stephanie Vickers  September 10, 2018
I wish all of these ladies the best on their marriages. I am so glad to see Jackie and Simone working so hard to save their marriages, love that Mariah open up to Jackie about problems she experienced in her marriage, Quad, I hope that you and Dr, G can come to a compromise and get back to that happy place where you guys use to be, Heavenly, good luck on your spiritual journey know that there's is a change in your future, Toya, keep being supportive of your husband and his career and for Contessa, I'm sorry to hear about your father's health is failing but, you keep your head up and keep pushing on Super Mom??
Reply
0 1 Aisha Gleason Stephanie Vickers  January 18, 2019
Well I just want to say to Dr,Jackie,Dr. Simone,Dr. Heavenly and Dr. Contessa I truly admire your success and wisdom,I love to See Black Female Doctors, And Dr.Heavenly stop being so mean to Mariah,and Dr.Contessa honey Keep dismissing Toya she is evil at times throwing a bicuit at her husband and Dr.Simone stop with the evil words to Contessa Quad you will be Happy again and Mariah i love you too diva aand Toya you are Blessed stop being vain and evil
Reply
1 1 Doretha D Barbour  April 13, 2018
I love that show, all the ladies r gorgeous and they all stick together as friends. I was so happy that Cecil expressed his love for his wife and said he would let his family friend go to save his marriage, I can’t wait for it to come back on
Reply
1 6 Bazy  September 11, 2017
Love married to medicine, Love Mariah, she is funny and real but has not been treated well by most of the ladies. I Never forgot how the ladies planned not to go to Mariah's events also not envite her to their events. When the ladies have problems they should work it out themselves and stop ganging up on each other.
Reply
0 0 harriet  March 21, 2017
Married to Medicine is bad medicine to me very addictive

it. Would love to see season 5..Jackie and Simone ? luv u..Each woman brings something. Toya and Eugene comical. Quad

Lisa Nicole??? . I adore Heavenly ..Mariah started out as my favorite but the messiness...
But i was glad to see her back ..I love the cast the way it is...Jackie pink is the new black...