Screw
2022
All 4
1 Season
6 Episodes
Screw is prison as never seen before - the uncensored, terrifying and often darkly funny reality of life as a prison officer in an all-male prison in 21st century Britain.
8.4
(60 votes)

UK prison drama Screw has been renewed for a second season.

“We’re thrilled to welcome back the staff and prisoners of C Wing,” said Caroline Hollick, head of Channel 4 drama. “Rob has created an iconic Channel 4 prison series with a fantastic cast and we can’t wait to jump back into the drama, humanity and humour of life behind bars in series two.”

Screw series two will be filmed in the Kelvin Hall in Glasgow. (Source: tvtonight.com.au) 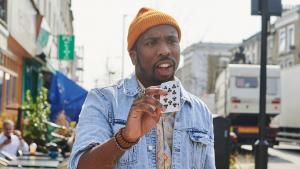