Bilal Baig and Fab Filippo’s comedy series Sort Of has been renewed for a third season at HBO Max.

“Baig and Filippo, alongside our partners at CBC and Sienna Films, continue to deliver a heartfelt, empathetic and engaging story and we’re thrilled we get to continue following Sabi, their family, 7ven and the Kaneko-Bauers on their journeys in the new season,” Sarah Aubrey, Head of Original Content, HBO Max said in a statement. (Source: deadline.com)

We're gonna do this! ✨ Sort Of ✨ has officially been renewed for a third season. pic.twitter.com/ROK9oJmx46 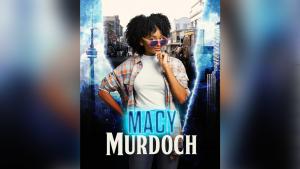 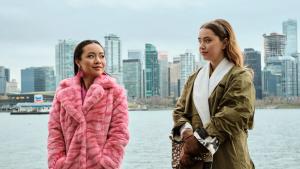 Fakes
CBC Gem is yet to renew Fakes for Season 2

This was awesome! So many different variations going on in this movie or episodes very brilliant shine I watched every one of them I could not stop it was awesome I can't wait for season 3 to come out and four and then five and six come on give us good ones and let us keep them don't take them back let us Act let us enjoy the moments very very brilliant
Reply
0 0 Sheila Watson  December 7, 2022
this series is so so well put together, the acting is excellent and I have to say as a Canadian production it is brilliant. I want a Season 3 PLEASE!!!
Reply
0 0 Maud  August 3, 2022
So happy to have Sort Of season 2 to look forward to!
Love every single character, and I hope they will be around for many seasons to come.

Omg I loved this show I started to watch on my nephews tablet cause he had HBO max and when he left that day I got HBO max and had to finish the show ! This show is funny and has learning values … it’s everything !!! I Turely love it !!! Please bring it back soon !!! I can’t wait
Reply
0 0 Ishkibibble Sal  May 14, 2022
I know! Just signed up for HBOMax a few weeks ago and discovered this series, one I can only describe as perfection.
Love all the characters and Bilal's deadpan delivery is a thing of beauty. I binged the entire season.

More please.
Reply
0 0 AngelaCali  March 2, 2022
Fantastic show! I couldn't stop watching it...and watched all episodes in one sitting.
Humorous, touching, brilliant and intelligent, and just what the world needs now.
Reply
0 1 Jane Duval  February 23, 2022
Thank you so much to whoever is responsible for the wonderful show, "Sort Of".

Will there be another season ? I do hope so. For me, it's up there with one of the best-written, most well performed shows in the history of CBC television.

I do hope there will be more. Love the characters, the writing, the plot.

Jane Duval
Long-time CBC fan (~radio but no so much television until this show. Never missed an episode!)
Reply