Moonshine
2021
CBC
2 Seasons
16 Episodes
A dysfunctional clan of adult half-siblings battles for control of the ancestral business, The Moonshine.
9.2
(29 votes)

Season 3 of Moonshine is Slated for 2023 on CBC

CSA-nominated CBC original east coast family dramedy Moonshine (8×60) will return for a third season in 2023, with production now underway in Nova Scotia. Created by Sheri Elwood (Lucifer, Call Me Fitz) and produced by Six Eleven Media and Entertainment One (eOne), the series follows the Finley-Cullens, a dysfunctional clan of adult half-siblings battling for control of the Moonshine, a ramshackle campground on the South Shore of Nova Scotia (Source: tv-eh.com) 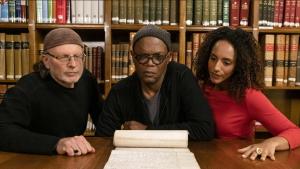 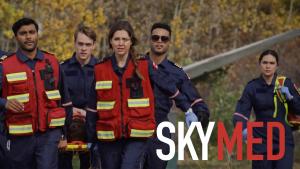 Collapsed Expanded
0 1 Susie Dignam  November 14, 2021
Absolutely loved this series. I certainly hope there is a second season, please!
Reply
0 1 Audrey P.  November 10, 2021
Loved this series, Can't wait for Season 2
Reply
0 1 Bob L.  November 8, 2021
Moonshine is off-beat and silly, but VERY entertaining. A definite Canadian winner. Reminds me of “Hatching, Matching and Dispatching”. I hope there is a season 2.
Reply
0 4 PC  November 7, 2021
Only eight episodes? I sure hope this wasn't a 'test', because this is a GREAT show.
And then they throw Alan Hawko in the last episode, like it's no big deal?
Superb! And the music drops on the first four shows were like a music lesson on Canadian, classic rock.
CBC, make sure there's at least a season two!!!!
Reply
0 3 Debra Brewster  November 5, 2021
EXCELLENT!!! Loved this show. The writing is amazing, actors great, music over the top and the story line is sooooo funny! The best show on Canadian TV right now. Please, please, please bring this show back for a second season!!!
Reply
0 2 Tanya LIQUORISH  November 5, 2021
Amazing! Hope there is a season 2?
Reply
0 7 Claudette  November 3, 2021
Hope there’s another season, even more…love this series. Bright and imaginative and CANADIAN! Ridiculous and fun.
Reply
0 4 TC  November 1, 2021
It’s going to be like Schitz creek , a sleeper , then boom , everyone will see it . Love it . Please have a season 2 .
Reply
0 6 Tom Noble  November 1, 2021
Hopefully there's a season 2 of moonshine
Reply
0 9 Leanna  October 9, 2021
I give this show 100 stars. It was funny , real life stuff , family stuff , just perfect …… I couldn’t stop watching and I hope hope hope that there is enough common sense to make a season 2 .. I pray and hope
Reply