The Blended Bunch
2021
TLC
1 Season
6 Episodes
In a small town in Utah lives a widow and widower who, combined with their 11 children, have formed the modern-day Brady Bunch; Spencer and Erica Shemwell have found love after loss, but blending a family this big can come with some major challenges.
8.2
(9 votes)

Mark Letham (Tony’s dad) sat down with a member of our staff recently. He shared with us exclusively that the fate of The Blended Bunch regarding Season 2 finally “came down” from the higher-ups. So, did TLC cancel or renew the series for Season 2?

According to Mr. Letham TLC has decided to pull the plug on The Blended Bunch. So, the series HAS been canceled and WILL NOT return for Season 2. (Source: tvshowsace.com)

Receive automatic notifications when The Blended Bunch Season 2 is renewed. 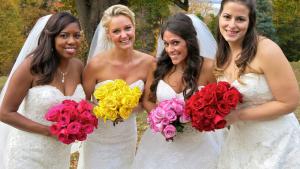 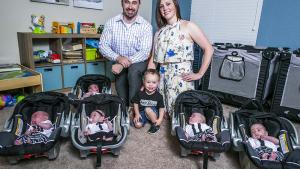 Collapsed Expanded
0 1 C  July 29, 2021
Absolutely stop exploiting innocent children. I know the Means family and was there way before Erica ever set her heartless foot into this wonderful family. This is a woman who knew the man she "loved" had a genetic deadly disease and instead of loving him fully and giving him the life he deserved she decided to get pregnant every year he had left. She knew her children were going to lose their father, she knew the likelihood of those innocent children having the disease and suffering as their dad was extremely likely, did this stop her? Slow her down? No.
Reply
0 1 C C  July 29, 2021
Then once he's gone from this earth she begins dating asap and then starts looking for TV contracts so that she can continue not working to provide for her family. And TLC jumped to pick up this disgusting horrific show. Erica has decided to use and take advantage of everyone's kindness for her own gain. Not stopping to consider the effects to her children, the poor family of the deceased spouse's and their friends. I pray this show goes no further.
Reply
2 6 A  April 21, 2021
Great show please do another season its inspiration to others who may be going through the same situation or similar it's inspiring to know that even in Dark Times they're still light at the end of the tunnel thank you for sharing your story with all of us
Reply
1 4 Maria Lancaster  April 16, 2021
Please let this family grieve in peace. Exploiting grieving children with medical issues is as low as you can get TLC. Please stop being so tone deaf and do this family a favor and do not renew this show.
Reply
3 4 Karen Weiser  April 2, 2021
Please do not renew this show. I live in Utah and am familiar with the mentality of trying to appear more perfect than human. She knew her husband had a hereditary mutation while she was having these kids. Now. 4 of them while probably suffer an untimely demise and horrible suffering. I won’t even get started on Spencer. Do not trust him at all but his kids are adorable. The Mormon church should not encourage these shotgun weddings. ALOT of divorce in Utah. And Lehi is not a small town. It is suburbia in between Provo and Salt Lake. I can’t watch!
Reply