There will not be a fifth season for Legacies. The CW has canceled The Originals spinoff from Julie Plec (The Vampire Diaries), Warner Bros. TV and CBS Studios, after four seasons.

Legacies was on the bubble, but had a slight edge due to its ties to one of the CW’s signature series, The Vampire Diaries, but ultimately the CW decided not to go forward with another season as the network has been making some tough calls as it prepares for a sale. (Source: deadline.com) 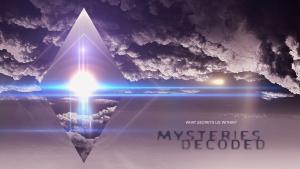 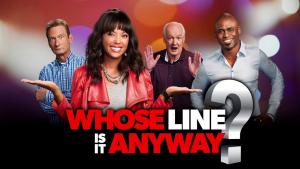 Collapsed Expanded
0 0 Kiwi Baby  December 23, 2022
This is horrible news with no ending …
Reply
0 1 charisma  November 15, 2022
I’m so angry that they canceled legacies I had been so excited for them to make n then only get to c one episode a week of legacies and then the leave us with a ? ending of season 4 I don’t understand y they do this [censored] to us n I know that no matter what comments we that love the saga leave it’s not going to matter bc they do what they want regardless of the fans that do love the show they r only focused on the ratings that there NOT getting bc if there ratings don’t reach a high level of numbers they cancel just like they did Nancy drew n prob going 2 do wit the WINCHESTERS 2 n what they dont know is that most of us just don’t even want to start watching it bc we know there just going to cancel it after a couple seasons and leave us wondering what the hell was going to happen but oh well as long as they make their money from it who cares what the fans that do love it want it doesn’t matter even tho we’re the ones that give them their ratings and pay to watch there shows 😤😡🤬
Reply
0 4 Samir Kirby  May 24, 2022

Cw cancelled it after the 4th season because of that Julie plec they know how much we love the cast and crew members and the friendship these guys have built and this show helps me with my anger problems
Reply
0 6 CeCe TVDOG  May 4, 2022
I’m absolutely loving where season 4 is and it would be a missed opportunity for them to not renew for another season. This started as more of a teenage/young adult show(for those of us who started watching simply because we loved TVD & TO), but that was in 2018. It’s now 2022, with this season we’re starting to see more of the darker scenes as well as more romantic scenes and storylines. If they renew for another season they could bring more VD/TO In the last episode, “I wouldn’t be standing here if it weren’t for you”, we finally got to see a glimpse of Hope and Landon, back together. We need an epic love and they’re it. Cleo and Kaleb, are an amazing couple but Hope and Landon, truly have magical chemistry. They both do whatever it takes for the ones they love and have been through so much that seeing them finally get to be together, would be amazing. I’d also like to see Landon, return from limbo with a different power. There’s a lot of potential, let’s hope they don’t waste it.
Reply
0 9 STEPHANIE DUTTON  May 3, 2022
Please renew legacies

Reply
0 9 VampFan  April 9, 2022
I love it I think the show is absolutely amazing !! And I think that season 4 just getting better. It would be truly ashame if they do not make a season 5 they could have added on to the vampire diaries. And to the originals they are the best shows.. and it would be extremely amazing if they keep bringing bringing back characters from The vampire diaries and the originals I still watch them all on Netflix

Reply
0 9 CindyA  April 4, 2022
Legacies is my favorite show! I was shattered when I found out that CW was canceling it after season 5. I did notice, however that season 4 was starting to drag along, almost like they were just writing the script to get to the end. It started to have weird story lines. Most of the students were gone and they were focusing on certain characters and sometimes I had no idea what was going on but hoping that it would make sense in the next episodes. I loved Vampire Diaries and the Originals and they all ended in a dramatic way with the story lines were exciting up to the end. When I saw the commercials for Legacies I can’t believe how excited I was and eagerly waited for the first episode to begin. Like I said, Legacies should be ramped up and try a new writer and go for a season 6!
Reply
0 8 Bjeweled  January 28, 2022
I’m an older woman so it’s not a teenage Milieu that I enjoy. I saw the vampire diaries and enjoyed it,, then originals, we truly loved that series , and began to like legacies. I like season four because it was much more a character study And a bit of horror development. I truly hope, ironic comment, that the series gets another year which would be the fifth year. There were so much that is bad on television. I would hope that something that is in someways is truly interesting would be given another chance. Can someone in this queue direct me to a way to contact CW and or Netflix and offer my opinion? Thank you
Reply
3 3 Jessvxha Bjeweled  February 9, 2022
Hey you should also watch teen wolf and the supernaturals
they are really good and they are exactly like the vampire diarys legacies and orignals!
Reply
3 13 THEOGVAMP  December 17, 2021
It’s hard to beat TVD and The Originals. Legacies season 3 was a snoozefest. But they FINALLY picked things up in season 4, it’s feeling much more in line with it’s predecessors. They need to keep up the storyline and stay away from the corny high school stuff. This is supposed to be a drama/horror show, make it that way.
Reply
0 20 TVD-Fan  November 13, 2021
It should be!!!!! Legacies has so much potential ! They just need better writers and the cast; some of them . NOT ALL of them need to take acting a little further. They have big shoes to fill ! But- I'm hoping they can do it !!!! It's an amazing storyline :) I hope it continues for at least 5 more seasons!
Reply