Freakish
2016
Hulu
2 Seasons
20 Episodes
Hulu suspenseful horror Original series has everything pointing towards a renewal for a third installment, but the producers still don’t reveal anything yet
9.8
(78 votes)

Freakish Season 3 is yet to be announced by Hulu

Current Show Status
Freakish Season 3 — not renewed yet
Latest Episode Aired Wed 10/18/2017 Turning Season 2: Episode 10
Next Episode Sorry, no dates yet for Freakish. The show is either on a break or the new season is yet to be scheduled. We’ll keep you posted.

Freakish has been nominated for the Shorty Award and currently receives a decent 6.6 out of 10 star rating on IMDb as well as 3/5 stars on Common Sense Media. Being a Hulu Original, the series boasts a strong 4 out of 5 star rating on their website. There seems to be a lot of hype out there about a possible third season, but nobody has really officially hinted or released anything yet, including the production company and Hulu. At this point it is a waiting game, but if we were pushed to take a wild guess, then a renewal is much more likely than a cancellation. Stay tuned and we will keep you updated if and when Freakish returns with Season 3.

Freakish is a teen-oriented horror series that began streaming in its entirety on Hulu on October 10th, 2016 for its very first season and has since been renewed for a second installment, which kicked off on October 18th, 2017 with ten brand new episodes. Created and executive produced by Beth Szymkowski along with Chris Grismer, Matthew V. Lewis, Brian Robbins and Shelley Zimmerman, the series hails from the production company Awesomeness TV.

The premise of Freakish is not amazingly original, but horror shows are often formulaic, so it's mostly the execution that counts. Following a chemical plant meltdown, a group of high-school students fight for survival against predatory mutants that invade their town. When the mysterious creatures force the teens to find refuge in their school, they are faced with multiple problems such as food and water shortages, a strange illness and the need to adjust to each other in this accidentally formed community. 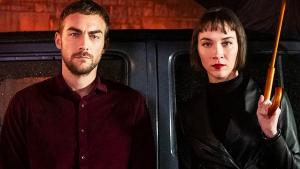 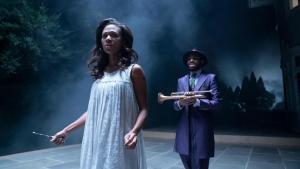 Monsterland
Hulu is yet to renew Monsterland for Season 2
Share this with friends!

Collapsed Expanded
0 0 L.M.P33  July 28, 2019
When will season 3 begin? It's been two years since the last episode...omg! I've been waiting & hoping to see season 3, moving towards a season 4 by now or something...smh. Eventually, y'all writers, directors, etc will make your minds sooner or later. I'll be looking forward to it if/when it comes on TV or online again.
Reply   Share
0 3 Pammy  January 15, 2018

Why did Liza(aka Violet) have to die? Just when I thought they were all going to get out of there, Earl goes and throws a knife at her. Smh?
Reply   Share
0 4 Bernieb  December 25, 2017
Now I definitely wanna see a season 3 of this movie, it's so crazy like I'm obsessed with it, now I can't wait for the next season, I just hope hulu doesn't cancel the show
Reply   Share
1 6 Heidi Ackerson  October 22, 2017
Omg I want to continue to watch Season 3 does anyone know when it will be out.
Reply   Share
0 2 Ashely  July 15, 2017
Just found this a couple of days ago because of Liza and i already finished it and i need moreeeeeeee.
Reply   Share
0 3 Nathaniel  July 11, 2017
the second season is coming out in the fall the official date is coming out soon so when it hits October be ready

I cannot wait for FREAKISH season 2...I seriously cried at some parts like when I thought Leshawn died or when Natalie sacrificed her pregnant ass self for everybody else and when Diesel was sad because Natalie was dead. I really love the show and I hope to see season 2,3,4,5,6,7, and 8 very soon!! NEW FAV SHOW...even though I hated the walking dead

this show is so good! I stayed up half the night watching it and I have school tomorrow! That's how good it is!
Reply   Share
0 2 Panderz Freakish Actor  April 29, 2017