Teenage Mutant Ninja Turtles
2012
Nickelodeon
5 Seasons
124 Episodes
Watching these four together just never gets old, even though they have been around for over two decades
9.4
(167 votes)

American CGI-animated series Teenage Mutant Ninja Turtles is the third animated series in a large and long-running franchise. Produced by Nickelodeon Animation Studios and executive produced by Joshua Sternin, J.R. Ventimilla, Ciro Nieli, Peter Hastings and Brandon Auman, the series has been on the air since 2012. It is currently in its fifth season which premiered on March 19th, 2017.

The characters were originally created in 1987, when the first animated series in the franchise came out. Raphael, Donatello, Michelangelo and Leonardo are turtles who underwent a mutation and acquired human characteristics, while their ninjutsu master Hamato Yoshi was transformed from human into a rat as a result of interacting with an alien chemical. The fifth season, a new character named Kavaxas (voiced by Mark Hamill) is introduced as the fabulous four are saving the Earth from destruction by aliens once again, and the battle, as usual, takes place in outer space or involves alien enemies. 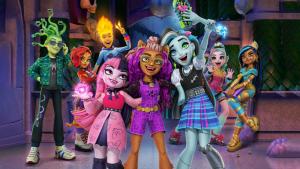 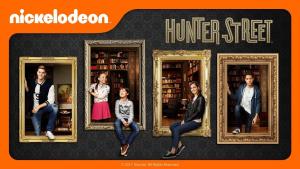 I'm mad I want season six to come back...
Reply
0 7 ricky  March 27, 2022
Surely another season? I just rewatched my child hood show and found myself still enjoying it, i really hope they decide to pick it up again and make a season 6
Reply
0 23 Mile Radon  September 23, 2021
There NEEDS to be a season six!! This is one of the best Ninja Turtle franchises that's made an appearance in this world! it went worldwide and was translated into many different languages, and CANNOT be canceled! Nickelodeon benefited so much from this Tv series, and it's heartbreaking to hear that they've slaughtered it without giving it a complete and final ending! There's so much more they could add, and if given another chance, it could be spectacular and continue to benefit them once more!
Reply
0 11 Yulian Stefanov  September 22, 2021
TMNT is one of the 5 main reasons I leave my room. I hope they make more seasons! Now that the show has been replaced by "it's pony" I can't watch nicktoons or I'll just remember of TMNT which makes everything sad! Hope they make more seasons...
Reply
0 12 Emily E.  July 27, 2021
I want a few more seasons of tmnt- I really enjoyed the show and the designs and everything, i really hope someday soon there will be follow up seasons- because i really miss it and want more seasons and episodes- plus some things aren't explained yet, that need to be explained with the new seasons-
Reply
0 15 Witch girl  April 28, 2021
The show means everything to me I've been watching it for years and I want more seasons and for all the old cast to be in it not to mention my fav character Shini needs to have more lines I just really want a season 6 and more seasons
Reply
0 14 Omarion atis  March 29, 2021
i want a season 6 and 7 and 8 and 9 and finale season will be 10 please make more season!!!!!!!!!!!!!!!!!!!!!!!!!!!!!!!!!!!!!!!!!!!! !!!!!!!!!!!!!!!!!!!!!!! teenage mutant ninja turtles

Reply
0 12 Witch girl Omarion atis  April 28, 2021
Me too the show is my favorite and means everything to me I really want more seasons. And for all the same cast to be in it. Plus karai and Shini need to be in it and have more screen time and more lines
Reply
1 16 Johnathan Maygarden  August 21, 2019
TMNT season 6 is missing piece like mrs.o'neil and professor honey cup also the mighty animal mutants
Reply
0 5 Omarion atis Johnathan Maygarden  March 29, 2021
i know dude
Reply