Current Show Status
Wicked Tuna Season 10 — not renewed yet
Latest Episode Aired Sun 6/21/2020 The Numbers Game Season 9: Episode 0
Next Episode Sorry, no dates yet for Wicked Tuna. The show is either on a break or the new season is yet to be scheduled. We’ll keep you posted. 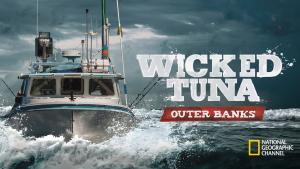 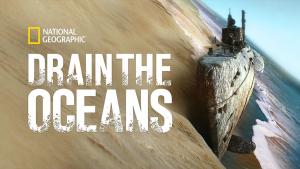 OR CHANNEL 276 DIRECTV GOES OFF

Hard Merch & the Falcon are #1

How can you not want this class act to win? Most funny, and genuine!

JAY, JAY, JAY, "BRING BACK JAY! ALASKA MY [censored] GET BACK HERE JAY! PAY
HIM 10K AN EPISODE!

HE AND "MARCH" WERE THE "BATMAN & ROBIN" DYNAMIC DUO FROM GLOUCESTER!
Reply   Share
0 0 Gino Charles S Patrick  January 14, 2019
I agree Jay was my Favorite I miss that dude. "He's a screama!"
Reply   Share
0 2 mlp21  August 11, 2018
Please, please, please renew Wicked Tuna for Season 8 and more. Love, love, love THIS show!
Reply   Share
0 3 Susan Fry  July 24, 2018
Addicted. STarted watching a few weeks ago and have watched some 3-4 seasons a night. We are NOT fishemen/women. We are San Franciscans with graduate degrees and we are amazed by our addiction and think it is hilarous. Something about this is very relaxing...it's kind of like a video game or playing slots in slow motion...just kind of waiting for "the action" -- even thought you pretty much know what it's going to be (it often lulls us to sleep on the couch...and it's good mindless background when you're lifting weights, etc). HOWEVER, we have come to have a surprising affection for Dave Marciano and his wife and two kids (lovely family, it seems). Maybe it's in the blood: my father's ancestors came from the western isles of Scotland to Prince Edward Island where they were fishermen, then migrated to Gloucester -- lots of the family commemorated on the famous statue; Hector, Archibald McPhee, etc...!

Reply   Share
0 3 wcat  May 6, 2018
How come you have not showed episodes I have waiting for it and no Wicked Tuna
why are you not showing it. Thank You Bill
Reply   Share
0 0 Smithc104  April 2, 2018
Where To Purchase AkChlor 250mg Without A Script kkceaeafbkddgbgc
Reply   Share
0 3 Realy love this tv p  March 10, 2018
Best ever tv program can’t wait for Sunday to come
Reply   Share
0 1 Kells  January 28, 2018
Wicked Tuna FaceBook Page says Season 7 returns in March. National Geo website says Sunday, March 11th. ...why hasn't premieredate.news got an update?
Reply   Share
1 2 Robin and Scott  January 12, 2018
My Husband and I had the pleasure of meeting Paul, Sandro, and Dave Marciano last May in Gloucester Ma. They welcomed us on board, signed autographs and gave us T Shirts and caps. Wonderful, every day people. Please renew season 7? Love every episode every season since premiered. ????
Reply   Share
0 4 Cb  January 9, 2018
I love the show and the characters looking forward to season 7.
Reply   Share
0 1 Cb  January 9, 2018
Great show in chase of “Charlie”.
Reply   Share
0 2 Mike D  January 2, 2018
Do not even consider ending this series. By far , the best show going. I very much look forward to every season and every episode.
Reply   Share
0 3 Cristy Tayloe  December 27, 2017
Love this show!!! I will be devistated if they decide not to show another season! Give us another year!!!! Please!!! Been watching the whole six years straight!!!
Reply   Share
1 1 Forest  November 19, 2017
Have loved fishing since I was a kid, the most exciting aspect being the unknown, like what is at end of your line!
Wicked tuna brings that and more. Even though Tuna is the target, and the most caught, there is no guarantee what you might catch.
I really enjoy the characters, especially Dave Marciano. He reminds me of my fishing buddy of long ago. Very emotional when in the hunt, but laid back most of the time with a lot of humorous adages as backdrop.
Nothing lasts forever, so it is inevitable this comes to an end. Hopefully not for a very long time.
Reply   Share
0 1 Imraan Khan  September 26, 2017
Even in South Africa wicked tuna is a big hit. I don't watch a lot of television but wicked tuna is the one show that i don't miss.

Dave Marciano is natural public favourite but I love the way Tyler has grown up and concentrates on his fishing he is probably the best fisherman.

TJ is probably the laziest fisherman in the fleet, feel sorry for his crew.
Reply   Share
0 0 Kent  November 7, 2016
Can't wait for the new season....these guys are very real. Mr Marciano is going to kick some [censored] this year. Had some very bad luck in outer Banks so his luck is going to change. Someday my luck is going to change Dave and I hopefully will see you out there. There's only one thing I'm lucky and good at and that is fishing. Someday I will catch one of those monsters before my number is called. Kick some serious [censored] Dave. Me and my 8 grandkids will be watching.
Reply   Share
2 0 Kev dale  July 31, 2016
Cannot wait for the next series of wicked tuna,bring it on! Well done wicked pissa great name.can they win next season?who knows has anybody noticed Tyler's eyes......mmmm how many crew members in hot tuna?can hard merch crank it up ?next season these questions will be answered.
Reply   Share
0 0 Mark Kev dale  August 1, 2016
Cant wait either. Not herad that pinhead (Tyler ) is going to jail??? Paul Hebert whats happening with him too????
Reply   Share
0 0 Howie  July 27, 2016
I think it's as awesome as deadliest catch
Reply   Share
0 0 Jeannie kelly  July 19, 2016
Just love this show even watch re runs over and over ,Hope they run it for ever , Best show ever. Jeannie Kelly
Reply   Share
0 0 Charlie  July 13, 2016
Awesome show
Reply   Share
0 3 Mark in OZ  July 10, 2016
Yeah what is happening with Paul Hebert? I hope he dosent go to Jail. He's learned a lot and got on his feet. If he made mistakes to stay afloat and care for his family, then give him a break!
Reply   Share
0 1 Josh  July 10, 2016
Id rather watch this show than anything else on TV right now. Absolutely entertaining and easy to relate to the cast. My favorite captain is Dave Marciano, he has great character and does alot with Wounded Warrior Project. Can't wait to see how he does this season.
Please keep the show going, we finally have a show without the dramatic "reality TV" trend. These guys are for real!
Wicked pumped for "Wicked Tuna"!
Reply   Share
0 0 Tommy  May 31, 2016
Hoping and praying for season 6.. absolutely love the show..
Reply   Share
0 1 Kev dale retford gar  May 21, 2016
Love wicked tuna,whats going to happen to Paul