Jake Epping (James Franco) is a high school teacher who has an opportunity to travel back in time and prevent JFK's assassination. When he does arrive in the past, there are issues that begin interfering with his mission – romantic involvement, Lee Harvey Oswald, and other things in the past which might be better left unchanged. Daniel Webber, Sarah Gadon, Josh Duchamel and Cherry Jones are among the cast members.

It is difficult to predict a renewal, since the series was originally brought to Hulu as a limited event. The nature of the material also does not seem to warrant a continuation, as the book is a finished entity in and of itself. The series has a rarely seen high score of 9.4/10 on IMDb, although the reviews have been mixed, with some criticism of genre ambiguity. Is it a star-crossed love story or a fast-paced fantasy action film? Franco is excellent in the romantic storyline, but is he in the right spot in the action sequences? These are the questions that do not necessarily do justice to the ambitious series, as it truly is a milestone on Hulu's path to a brand new image concept.

The debut 8-part installment of the Hulu newest original drama web series 11.22.63 bowed out on April 4, 2016 and even viewers who have thoroughly enjoyed the new show are expressing their doubt that there should be a second chapter. To most, the eight-part series felt complete and they don’t want the pleasant aftertaste to be ruined by turning this masterpiece into your typical full blown TV show. On the other hand, it would be unfortunate to say good-bye to such a talented cast and crew, so maybe Hulu will take a different route and turn the show into an anthology series, like Fargo or American Horror Story. The series currently has an average score of 8.6 out of 10 on IMDb and glowing reviews continue to pour from viewers and critics alike, so it would be interesting to see what decision the online streaming company makes. 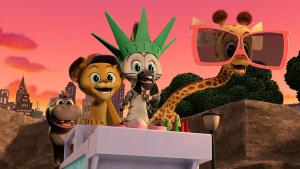 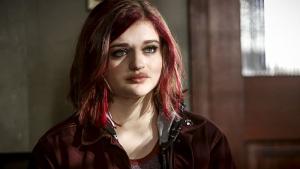 The Act
Canceled
Hulu officially canceled The Act Season 2
Share this with friends!

The production of this show was 10/10 and thats the only reason I think a season 2 is possible. If it was a shitshow who cares but it was [censored] GREAT
Reply   Share
0 0 Rhys Burgess  July 17, 2016
This show and first season was absolutely incredible, just finished the last episode and dreading for a second series. I don't know why a second season WOULDN'T be produced because this show is so gripping!!!
Reply   Share
0 0 Toni  July 14, 2016
Season 1 was amazing! I hope there will be a season two .
Reply   Share
0 0 Alfonso B  July 8, 2016
This show was so good. Please Please release season 2.
Reply   Share
0 0 Gavin Hynes  July 1, 2016
Why not have season 2 called 09-11-2001all about the twin towers and him going through the rabbit hole in the cafe once again
Reply   Share
0 0 Mhdi Gavin Hynes  July 5, 2016
No ill be repeated again
Serious 1was awesome but it shouldnt be repeat again..
Reply   Share
0 0 RoryStephens  June 27, 2016
So I started watching the season last night while at work and that's me just finished it I didn't think it would be this good hurry up with season 2 the show must go on
Reply   Share
0 0 David shrestha  June 24, 2016
This series is best and heart touching. i am waiting for another season 2. only feel sad on this series was he jay didn't pass his whole time with sedia.. may in another season he will go back and see again her.
Reply   Share
0 0 bill@melbourne  June 13, 2016
... The FBI was not behind the JFK assassination originally so when the agent follows Jake into the "bad future" he realises that JFK must die. He then returns to the past as the second shooter just to make sure that JFK is killed, whilst keeping an eye out for Jake who is going to try to stop Oswald. That's why the "good future" had worked out, because of Jake the second JFK shooter was in place.

Jake catches the FBI agent coming out of the diner and recognises him immediately. Determined to keep the current future, Jake goes back to the past after him ....
Reply   Share
1 0 bill@melbourne  June 13, 2016
Great show! I'm a writer but not for this show.
There are a number of potential story lines that could take the show forward, the very existence of the worm hole (time portal) leaves the door open for many possibilities.... Eg - Jake learns that someone else from the past has followed him through to the future (the FBI agent that dropped him off at the bus station) which causes parallel time loops that only Jake and other time travelers are aware of (eg the man with the yellow card in his hat) ...
Reply   Share
0 0 Jony bill@melbourne  June 14, 2016
I agree with JT. I think they should consider it as a mini series besides it was a wonderful show loved every bit of it.
And the JFK thanking Franco(Jake) was really touching got goose bumps.
Also the last episode was amazing Sadie's poem was perfect for the ending.
I even wrote it down.

By Sadie.
Reply   Share
0 0 JT  June 11, 2016
I loved the show but its hard to see how they can do another season as the whole show is about the jfk assassination and they have completed that element, they could try and stop something else happening or change the past but i dont think it would live up to expectations
Reply   Share
0 0 Kevin JT  July 20, 2016
They could show someone from the past coming through the rabbit hole into 2016, then going back for whatever reason. They could have Jake go back to 1960 and instead of doing anything with JFK he tries to prevent the assassination of Martin Luther King in 68. Of course by doing all this Jake would effectively be 11-14 years old. First 3 years during season 1, possibly another 3 more years to ensure JFK then dies for the finale of season 1, then the 8 years for season 2.

It could work. But maybe they should do something else such as him going to 1960 and then finding out 1960 has a time loop back to 1945 or something. That would also be interesting lol
Reply   Share
0 0 Fiona  June 9, 2016
Please please please have a second season it is totally a must, this is one of the best programmes I have ever watched, so very interesting, the story line a brilliant, the acting is perfect. :lol:
Reply   Share
0 0 Marc  June 9, 2016
8) me and my dad watched it every sunday at 9pm on fox HD and it was really good i hope about they make season 2 because it snot finished as u can tell but i fill srry for jake because he can have Saddie or it changes the world still.
Reply   Share