Think you have what it takes to be in #HellsKitchen and make it to the Black Jacket Night ?? We're casting now: https://t.co/KZSaiQnNPw pic.twitter.com/ge919bdCf4

It was revealed yesterday that FOX Entertainment and Ramsay have entered into a new “mega-deal” for all new programming produced by Studio Ramsay Global, including Ramsay’s upcoming cooking competition, Next Level Chef, and his existing series including MasterChef, MasterChef Junior, and Hell’s Kitchen. (Source: tvseriesfinale.com) 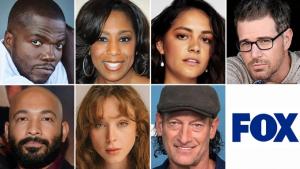 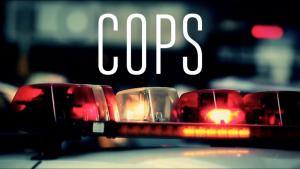 Cops
FOX is yet to renew Cops for Season 34

I heard this chef named Mary Lou is going to be on season 19. She has purple hair and I bet she's going to kill it. I cant wait!!!!
Reply
1 0 Rachel  September 22, 2018
I have just checked on fox on sky and it doesnt show it on next week can anyone tell me when it will be shown thankyou
Reply
0 0 Cheryl Dickens  September 27, 2017
Ive just looked on the fox channel on sky and its not showing hells kitchen at 8 pm its showing ncis so when is it showing
Reply
1 0 Mark Clifford Cheryl Dickens  February 28, 2020
Hi it will be on itv2 sone time Its always on itv2
Reply
0 0 13128 Lionheart st  July 10, 2016
I am a an avide lover of fine and gourmet cuisine.. so Hell's Kitchen is absolutely on my list after Master Chef and Chopped. Even though he curses a lot, I just love when he calls them a plank, a muppet, donkey, etc.....
I really respect Ramsey's his expertise and the standards he sets....
Lots of Americans have lowered there standards....
Some things are co,,on sense which lots of people have lost and become very mediocre.
LOVE CHEF RAMSEY