The Real Housewives of Atlanta
2008
Bravo
14 Seasons
306 Episodes
The show is produced by True Entertainment and is a part of The Real Housewives television franchise, which has currently up to nine series out there.
8.1
(24 votes)

Kandi Burruss has been a staple on The Real Housewives of Atlanta since joining the Bravo franchise for its second season. With Season 15 ahead, the Grammy-award winner is teasing she’s returning which would make her the longest-running housewife across all franchises. (Source: deadline.com) 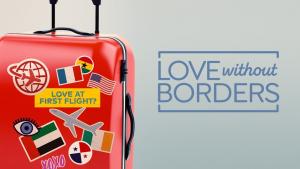 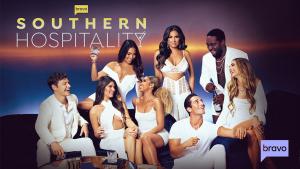 Collapsed Expanded
0 1 John Patrick  June 14, 2021
I think the real housewives of Atlanta season 14 should be renew.
Reply
8 5 Joann Roby  September 23, 2017
The show will be better off without ms. boogie neneleakes. And kenya needs to exit left, she adds nothing to d show.
Reply
6 9 Soulfully31  September 2, 2017
I am not to fond of seeing Nene or Kim back on the show ? . However I'm definitely going to miss Ms. Southern bell Phaedra ? . I really hope they consider bringing her back.
Reply
0 3 Rachel M Rush  August 14, 2017
My favorite housewives reality show hands down. Sitting on pins and needles waiting on the new season. Can't wait to see what these divas ? ? ? ? bring to this new season. Keep up the drama and spilling of tea ladies. I will continue to watch all my episodes from last season that I recorded till the new season starts. ? ? ? ? ? . Love you atlanta housewives!!!!!
Reply
0 1 Adorable  October 30, 2016
Really look forward to new season. Miss some of the wives from prior seasons, especially NeNe. However, not looking "Twirl"...she especially showed her [censored] this past season with Kim Fields. She was always bring up Kim's age and "Tootie" as being so long ago. I got news for "Twirl"...I hadn't heard of her till RHOA...And she in the SAME age group as Kim! She's too old be talking about having babie!!! I say leave Kenya out of season 10!!!
Reply
3 5 Denise L Adorable  September 5, 2017
I agree, Don't wanna see Kenya back .
Reply
4 4 Yolanda McClain  October 16, 2016
I love the show without Nene and Kim Z. I will not watch if they come back!
Reply
0 1 Lisa isbarbie  October 11, 2016
Bravo when will RHOA will be on Demand just like the other housewives show on Demand. :-|
Reply
0 1 Rhonda  September 26, 2016
I love all the Lady even Cynthia has 2 faces but that Nene and landing keep it real and I love Gregg he has a wise soul proud of Nene she doing that [censored] thing Kim was to low key for these woman I even like Kenya but she need to stop spinning she is already off her rocker and no she is not the one that make the show and Kandi no matter what anyone say about your mama keep standing by her side our mama's r our mama it call Respect hey Mrs Leak's looking forward to c u and all the lady's may God Continue to bless u all
Reply
0 2 Janette Hawk  September 25, 2016
I love all of the ladies and husbands on this show because I feel it takes alot of courage and dignity to let everyone in on viewing their lives on national television, and I feel that all the people that take time out to criticize the ladies on this show should look at the positive side of these young ladies their smart,intelligent,loving,caring wives who still give their husbands support no matter what situation is going on in their lives and their excellent loving and caring mothers to their childrens (for those who are parents) and I just want to thank the VP for giving all of us who are RHOA fans THANK YOU
Reply
0 0 Lucky  September 18, 2016
I like the old Nene with the bad teeth before she turned into this fake Hollywood goddess, she can miss me with that. I would probably stop watching if Kandi or Porsha left.
Reply
0 1 Lady  August 6, 2016
I think them being around anyone who doesn't have as much money as they do or are fighting for their life would give them a reality check in that moment. But once out of that persons presence, they'll go back to their regular lifestyles. (Remember Africa)
Reply
1 2 Minnie Willingham  August 1, 2016
I will love to see nene come back again she make the show for what it is uh
Reply
1 3 Chayanne Santiago  June 29, 2016
I would love them to bring Nene leaks back on the show it makes it more dramatic and fun
Reply
1 0 esmilda Arscott  May 16, 2016
:-x I have watched this programme and am amazed words fail me to see how these women live. They would get their priorities right if they come round with me on my job to see cancer patients who would give anything to just being given a chance to have a new life.
Reply
1 0 Hell esmilda Arscott  May 9, 2021
I think season 13 was missing Nee Nee. No Nee Nee Leakes no RHOA. RHOA has no Flavor without Ms. Nee Nee Leakes.
Reply