Dr. Dee Thornell's hospital practice is often interrupted by an urgent need to fly out to a remote area on an emergency call. Alaskan veterinarian's patient roster definitely has an interesting edge to it – Dr. Dee regularly treats moose, bald eagles, bears, beavers, sled dogs and other creatures not typical for other areas of the country. Rescuing an injured horse on a helicopter and examining a black bear who's just woken up from winter hibernation and is unlikely to be in the best of moods are only a start, and who knows what might come next. 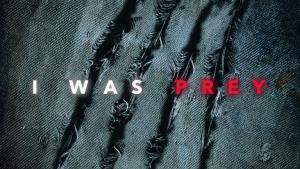 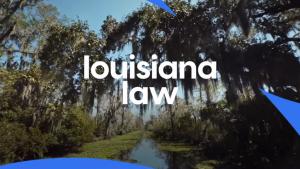 Collapsed Expanded
0 8 Dorri  May 7, 2022
Looking forward to AP bringing back Dr. Dee. This is a wonderful series for everyone. She is funny, courageous, family oriented and adventurer.
Reply
0 8 Jan Levy  March 27, 2022
I always enjoyed watching Dr. Dee on Animal Planet. You never knew what animal or bird, domestic or wild, she was going to see next. Please bring it back.
Reply
0 8 Pete pery  February 8, 2022

Why in the world is animal planet showing finding bigfoot and river monsters. When Phil Robertson of duck dynasty has a big foot mounted on his wall then I will believe in them and if river monsters finds any more than a big catfish I would be surprised. Who are the stupid producers of this trash or the stupid executives of animal planet who authorized them Idiots
Reply
0 15 Drop  December 8, 2021
Oh my word! Just started watching Dr. Dee over a week ago and have watched both seasons and all the episodes already! Was looking for Season 3 and found out it was cancelled!!!! WHAT???? It is such an interesting program and was soooo saddened that it was cancelled. Sure hoping it comes back on! It is one of my favorites now! SO BUMMED!
Reply
0 11 Beryl Watts  December 6, 2021
I have just started watching Dr Dee don't know how I missed it!
I was inspired and touched by such a strong, clever and brave woman. I fell in love with the show, the content was amazing. Nothing else like it anywhere on TV. Dr Dee has raised awareness about animal welfare, and educated me about tge animal world, a fascinating programme, with some strong characters. Please consider bringing it back. There is so little worth watching on a lot of channels, most are vacuous and downright insult our intelligence. Please don't dumb down with pointless empty programmes. Dr Dee has such a lot to offer us all.
Reply
0 20 Pam DeWitt  October 27, 2021
I can’t believe you cancelled Dr. Dee’s show. A woman heading up a huge practice, flying a plane to reach remote areas, being of service, wonderful home with those crazy goats. Never gets old always something exciting to watch. She shows that girls do science and she was a body builder too. You have done a disservice to all.
Reply
0 32 Karo  May 14, 2019
Please bring back Dr.Dee. I really enjoyed her show. It is so interesting to see how she plain Alaska. Really love her personality. Loved hearing about her mom too.She is such a talented vet and so down to earth. I’m like these other people. How many tree houses can you see! Plus enough with the river monsters! I would watch your channel more if you would show more shows like Dr Dee and Dr Jeff.
Reply
0 7 Amber Bauman Karo  May 7, 2022
Animal Planet is becoming like MTV?,WHICH USED TO BE MUSIC!! I totally agree with other's comments.. for crying out loud ENOUGH with these stupid shows that have ZERO to do with animals!! Idc about pools, fish tanks, tree houses, bigfoot, etc.... We miss you, Dr Dee!! [censored] job , Animal planet!!! ??????
Reply
0 20 Lucie Trudeau  March 8, 2019
We miss Dr. Dee! Bring her back!!! Plus I also like the Animal Cops, all of them. What's going on with those shows?
Reply
0 29 Mary Diaz  February 21, 2019
I can't believe AP has cancelled Dr Dee, yet renew others such as Finding Bigfoot, River Monsters and its other siblings by different names, Tree Houses, aquarium shows and ad nauseam. One of your truly best shows showing such diversity of animals and locations in Alaska, a truly fantastic and accomplished Vet, fun, caring and professional. What your criteria is for such a bad decision and choice is beyond us. Bad decisions can be undone, and can show that there are still good, wise people behind them that care about the quality of programming, which, in the end, is what's lasting and enduring.
Reply
0 23 Nina Vigano-Rudolff Mary Diaz  February 25, 2019
Love these vet shows- Dr.Dee is such a character- love her- same with Dr. Jeff In fact they are all great- river Monsters suck! Not only are these vet programs interesting they are very educational-
Reply
0 16 Big Dan  February 14, 2019
Please keep our Vet shows coming, there really isn't much else worth watching, and these are the best.
Reply
0 20 Leslie Solomon  January 10, 2019
I llove watching Dr Dee
.please renew her show. Also enjoy dr jeff. If im not home i am always reording thier shows so i don't miss them
Reply
1 24 Patsy  December 16, 2018
Bring back Dr. Dee! Enough of treehouses and Bigfoot.
Reply
0 19 mimi durand  December 16, 2018
Please renew Dr. Dee. I really enjoy her show and have been watching the reruns when they are on, I enjoy her show so much. I am encouraging all my family and friends to watch too.
Reply
0 18 M. Michaels  November 12, 2018
Please renew Dr. Dee’s show. Her reruns are now on during the day. They are just as enjoyable the second time around. The vet shows are educational as well as entertaining.
Thanks!

Reply
19 3 Cindy L Gray  November 5, 2018
I wonder if we are watching the same show? She is way to crude for me. I watched two shows figured I would give her another chance.
Reply
0 23 Dottie Lutz  September 1, 2018
Don't tell me Dr Dee and Ken won't be coming back! You wouldn't stop such a great program, surely! I love that show. She makes me laugh, smile and sometimes cry with the loving care and expertise she shows the animals she cares for. I enjoy seeing how people and their animals live in an environment so different than mine. I admire her for the woman she is with all her strengths and ability to laugh off the seemingly impossible while eventually achieving the impossible. If she can't return due to your shortcomings I do hope she will write a book one day about all her adventures. I would like to know more of her stories. P.S. Why do you keep a show about tree houses? I can't stand that show. And the one about fish tanks? Really? Won't waste my time on those.
Reply
0 21 Mark Dottie Lutz  October 6, 2018
Dr. Dee and Dr. Oakley plus The Zoo are about all I like on Animal Planet or Nat.Geo Wild. Treehouse Masters is as exciting as paint drying. Rest of the programming sucks. Bring back Dr. Dee.
Reply
0 17 Bob 1 Mark  October 12, 2018
Ya animal planet is terrible wtf does tree houses have to do with animals ...put it on hgtv or diy
Reply
0 24 Lisa  August 16, 2018
Please renew this fantastic show! It’s wonderful and funny and sometimes sad, but Dr Dee is amazing and it’s just wholesome goodness (not a lot of that on tv these days).
I’m in Fairbanks on a work assignment and I’m going to drop by tomorrow and tell them how much my family and I love the show!!!
Reply
0 24 James M  June 23, 2018
Dr. Dee along with Dr. Jeff made Sa[censored]ay evening as it was great to see people with such a compassion for animals. The Zoo is also good. Could get rid of tree house shows and dhows promoting celebrities getting a huge aquarium.
Reply
0 16 GAyle  June 21, 2018
I can’t believe you took Dr. Dee off the air. Bring it back, I miss it and am waiting not so patiently. She had a Great show!!!! Please
Reply
0 21 Kass N.  May 10, 2018
Looks like Animal Planet has a new show-Mighty Rivers or something like that. It's just another show about "River Monsters" with a different name. Meanwhile, great shows like Dr. Dee-Alaskan Vet is somewhere in limbo waiting to be renewed, or not. Along with Dr. Jeff-Rocky Mountain Vet and The Vet life, Dr. Dee is an excellent program that gives insight into the dedication and compassion of those who treat our furry friends. Please tell me how Lone Star Law or North Woods Law does this? Seems like both of these shows should be on a whole different channel. Totally bummed when Too Cute was canceled and now Dr. Dee's return is uncertain. Now, I really bummed.
Reply
0 11 Ruth Kass N.  May 29, 2018
Exactly Kass! Also programs like Finding Bigfoot? Really what absurdity!
Reply
0 4 Rockinrobin Kass N.  March 27, 2021
So true Kass!! She was a great role model and was successful !! I mean how many woman move to Alaska ( I’ve been there many times) and that’s hard enough, eventually open her practice followed her dream and then gets her pilots license in order to deliver vet care to remote areas. Now I enjoy some big foot shows, but really .. some of you’re programming is questionable !! We all loved her and she was amazing! Pls bring her back !!
Reply
0 13 J. Snyder  May 9, 2018
I have been wondering about Dr. Dee, and when her show will be coming back on. I was disappointed when I discovered she had been canceled! Her show was one of the best shows on Animal Planet along with the other vet shows!
Reply
0 20 Donna May  May 1, 2018
Doctor Dee is the perfect show for positive examples for young women from age 8 to 80. That is important today more than ever. A doctor, pilot, business woman, wife, friend, daughter, She works at it all with a positive attitude. How could you cancel this show and think expensive treehouses are more important.
Reply
0 2 Doug Donna May  September 19, 2021
I and my wife fully agree. So many junk shows on. Dr Dee and shows/people like hers would have gotten us up there already except for us being in our seventies and in poor health. Please, bring her show back. If she is called to a remote place follow her. You have done it before, do it again. There are not enough entertaining and educational shows on tv. Thanks for my rant. Doug
Reply
0 13 Gary Highfill  April 21, 2018
We just saw that Dr.Dee has been cancelled. We are so disappointed. We looked forward to seeing her shows. We learned so much and enjoyed every episode. Please bring her back!!! Dr. Dee was a true program of substance unlike other animal programs like *Pit Bull and Parolees" and "Tanked". What a waste of film!!!!
Reply
1 20 Dawn Olson  April 14, 2018
, Please bring back Dr. Dee Alaska Vet!!! You could take off Treehouse Masters, not sure what that show has to do with animals. I love the care and compassion that Dr. Dee shows her patients and their owners.
Reply
0 18 #1 Fan  February 10, 2018
Bring Dr Dee Back!!!!!!
Reply
0 17 Gaille in Ontario ca #1 Fan  February 11, 2018
Please please please bring Dr Dee back. She is an inspiration to all of us and we miss her terribly. She has an outstanding personality and loves all animals which is very obvious. Hope we will see her back in action. She is Wonder Woman for animals !!!!!!
Reply
0 11 Diane Anderson Gaille in Ontario ca  February 13, 2018
Love Dr Dee, hoping more shows coming soon!!
Reply