Our Little Family is an American reality TV series that follows the life of a family of little people. Produced by The Studio (formerly Discovery Studios), the eight episode show debuted on TLC on February 17, 2015. Following a successful first season, the network quickly announced production of season two.

Our Little Family stars Dan and Michelle Hamill as they raise their three children, twins Cece Cate, and their six year old brother Jack. All five family members have achondroplasia, a form of dwarfism, but that doesn’t stop Dan and Michelle from making sure their kids grow up feeling confident and proud to be who they are. In season one, viewers saw the family as they pursued a normal all-American life, from potty training to soccer games, birthdays and holiday celebrations. The first season of the show attracted over 1.7million viewers per episode and was the top five rated cable programs in its time slot.

Receive automatic notifications when Our Little Family Season 3 is renewed. 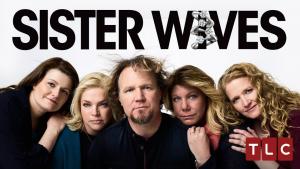 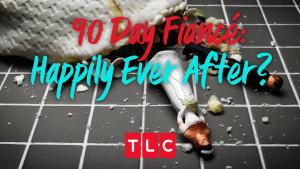 Collapsed Expanded
0 1 LInda Vivas  September 10, 2022
Why I loved watching there little family.
I’m not happy at all, you have a clean show that
is loved by so many. 😕
Reply
0 1 Dot  June 3, 2022
I totally enjoyed the family show of the Hamills of anapolis Maryland why was it taken off the air Of all the shows They put in it's place the family Chantel really now who cares about a girl who think she's a gorgeous person on earth a mother who is a controlling you know what who can't mine her own business and the father who's complete the afraid of the mother of a brothe r who thinks he's god's gift of man come on now get that family chantelle off the air and put something enjoyable on like the little family Hamills.
Reply
0 1 Dorothy  June 3, 2022
Why take such a good show off the air and put on something really stupid and uninteresting as the family Chantel who cares about a girl that's stuck on herself and her husband from another country and a mother who likes to control everybody and doesn't mind her own business the little family was the best show I had seen in a long time please put it back on and take the family Chantel off
Reply
1 7 Tammy Morlan Polley  February 24, 2018
Yet another good show that hasn’t been renewed yet. There is so many shows that you can get rid of or not bring in to keep these GOOD, FAMILY SHOWS. Please bring them back.
Reply
1 4 Juanis  October 11, 2016
I really hope TLC renews the show!! My mother and I love it and we love to support this family as they are amazing and we enjoy watching how they are bringing up the children well, with good values and to be respected. TLC, please renew this show.
Reply
2 3 Jane  September 28, 2016
I really miss some good quality shows like Our Little Family and The Johnstons on TLC I think the new shows Sweet 15, Little Miss Atlanta, and shows like that are not very good entertainment. It seems the show is more about the moms than the children and they are always shown fighting. Not very good behavior for children to be watching or anyone else for that matter. When are you going to bring back some good family shows?
Reply
2 3 jane  July 23, 2016
love the show (our little family) i hope they come back soon
Reply
1 3 Andrewleeanderson1987@gmail.com

July 14, 2016
So f ing mad that tlc cancelled the show
Reply
1 2 Eileen  July 10, 2016
I love this program. It's a lot better than little people big world, which I stop watching before they came back. They are the worst roll models. They don't have their lives together. Please bring back Our little fam.
Reply
1 2 Altheia Biaterana  July 6, 2016
:-) Love that show. It's made of real life family situations.
Reply
1 1 Cynthia  June 25, 2016
I hope Our Little Family returns for a 3rd season :)))) My 6yr old son and 3 yr old son always loved watching this families show with me :)Please give your viewers more family friendly shows -this family is terrific !!!
Reply
1 2 Terri Cynthia  June 25, 2016
I INBOXED VIA FB CONVERNING
THIS PRECIOUS FAMILYS TV SHOW AND
I GOT AN IMMEDIATE REPLY THAT STATED THEY WOULD NOT BE BACK ON.
THIER CONTRACT WAS STILL IN TACT BUT UNFORTINATELY THE NETWORK DOESNT THINK THERES ENOUGH DRAMA .
If you go to fbook " Dan Hamill page
He will answer if you inbox.
Very nice man with integrity.
Reply
1 2 Veronica  June 22, 2016
I loved watching the show and I really wish u guys can bring it back for more seasons Jack is a awesome little guy. He is a risk taker and takes challenges he isn't afraid to try. Cate and Cici are such cute as well. Michelle is a bit more strict but easygoing I like her ways. Dan is awesome he is the cool dad lets the kids do what they like. Uncle John is like a big kid but funny I like him as well.
Reply
1 0 Miller family, NJ  June 12, 2016
Hope TlC releases your show soon !! You are greatly admired .. TlC renew renew !!
Reply
1 0 Terri  June 12, 2016
From what I understand
Our Little Family will not be back on tv.
WITH ALL DUE RESPECT I ASK
THE NETWORK .....
DO YAWL WANT " OUR LITTLE FAMILY"
BACK ON ???
I personally think the answer is " NO"
I hope to be corrected by yawl .
Respectfully and please just be honest and real with your viewers .
Terri
Reply
1 2 Carol  June 11, 2016
hello Hamill,s , we miss you , please come back , jack , and the rest of you. We don,t have grandkids and you bring us smiles,. Thank you Carol :-)
Reply
1 1 Annie M Bridgers  May 18, 2016
Please please bring them back miss so much!
Reply
1 1 VERONICA  May 16, 2016
PLEASE BRING ON SEASON 3! MY FAMILY ABSOLUTELY LOVES THE SHOW!!!! THEY ARE SUCH A GREAT LOVING FAMILY AND THEIR SHOW IS BY FAR ON OF THE BEST REALITY SHOWS OUT THERE!
Reply
0 1 Gail  May 14, 2016
Please bring back Our Little Family my mom and I love that show. It is a nice real family.
Reply
1 1 Cindy Gail  June 11, 2016
please, bring back our little family, they really do feel like our little family, we enjoy them so much. Hello Hamill family ,we will keep looking for you guys,the best to you. Cindy
Reply
1 1 Debbie  May 13, 2016
Please bring our little family back on !!!
They were fun to watch and the uncle was hilarious!
Reply
1 1 Marjie  April 28, 2016
Our Little Family is the only reality show that I watch. Hope it comes back soon.
Reply
1 1 Virginia ross Marjie  May 7, 2016
I watch some of the little people shows cause I'm a little person myself
Reply
1 0 Karen Purvis  April 14, 2016
I love watching this family. Hoping for a season three soon!
Reply
1 0 Michelle  April 10, 2016
I just like the hamills live in maryland and truly love this show,please bring them back for another season!!!
Reply
1 0 Wen  April 6, 2016
Please bring back Our Little Family Season 3!! Love the show!
Reply
1 1 Tonya  April 2, 2016
I love this show!!! I am a Canadian living in the US so I can relate to Dan it's fun to watch the little Canadian bits and pieces ESP when he had the kids get involved with Canada day. :D
I love their kids...the two twins are SOOO adorable...love the things that come out of their mouths when your not expecting them LOL. Dan if you are reading these comments you have a wonderful family and a great show...I would love it if you gave a shout out to all of the Canuck fans watching the show!! :lol:
Blessings....Tonya
Reply
1 1 Mim  March 29, 2016
Please bring back Our little family. It's a great loving show.
Reply